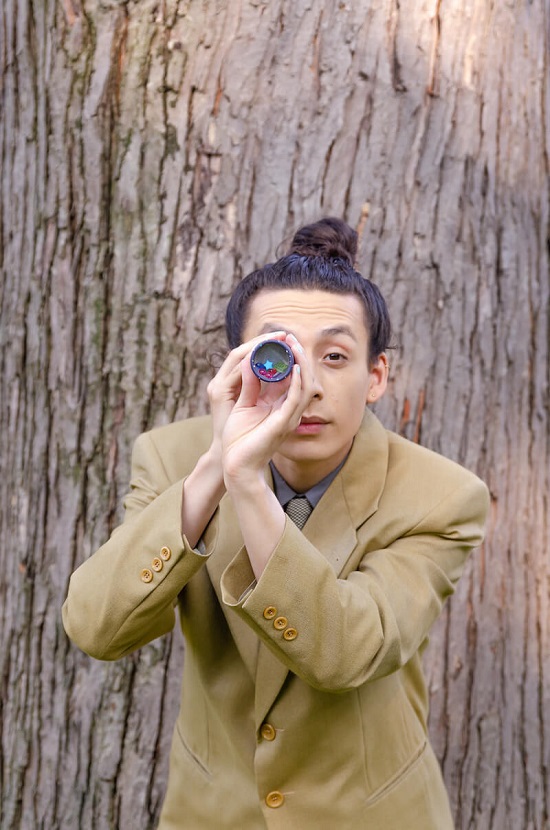 Alphonse. This play is everything I had hoped to see at the fringe this season. Flawlessly written, beautifully executed. Alphonse is a young boy who goes missing after school. His imagination and “the world of the invisible” take him on great adventures. He stretches his daydreams to reach monsters, wolves, and children turned into popcorn. This play asks all the right questions: Why do I exist? What is my purpose? Why am I here? In a world where imagination reigns and anything is possible, why wouldn’t you want to be a part of that?

Reminiscent of childhood bedtime stories, Alphonse begins like all good stories with a young child and his imaginary friend. The pair leave school on a country road and spend two weeks living out their adventure fairy tales, asking life’s biggest questions and living in the limitless potential of Alphonse’s mind. Meanwhile, we see the stress and panic as his family try to find him. We meet everyone surrounding Alphonse, from teachers, school friends, and family, to neighbours, a secret girlfriend, and the police officer on the case. Alphonse has a deep and wild imagination that takes this play to weird and wonderful places. Beautifully written by Wajdi Mouawad, Alphonse is seamless. Accessible for both children and adults. A play full of imagery, energy, and relatable and fantastical characters. Alphonse is eventually found and returned to his family, wondering what it’s like to have his imagination tucked away inside himself rather than living wildly in the driver’s seat of his day-to-day life.

Gabe Maharjan plays all these characters. They capture such a dynamic shift between roles it becomes difficult to perceive that one person plays all 27 characters. Gabe’s storytelling and performance agility are of the highest degree. Their presence, devotion and delivery captivated the audience right from the first beat. The execution of prop transformation shows immense creativity and depth. An enchanting transformation was the release of Gabe’s hair as they became Alphonse’s girlfriend. This shift will forever live rent-free in my mind. Alphonse is easily scalable and made of solid foundations. It could adapt to many different locations. I believe Alphonse has been previously done in a park, which would only intensify the adventurous nature of this play.

With not much else to say about this beautiful play, if you don’t go and see it, you will miss an incredible opportunity to be reminded of the innocence of children. And of the endless possibilities when we release our minds from the mundane and play in creativity.

Recommended drink: A strawberry and mint spritzer. To get the creative juices flowing and enchanted by the light, refreshing fizz that is both this play and this drink.

Catch Alphonse at Pleasance Courtyard 13, 14, 17-22, 24-28 August at Midday. Tickets are available through the EdFringe Box Office.