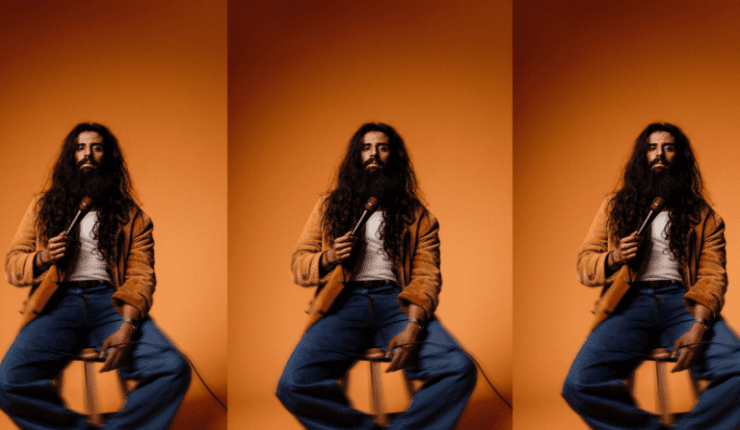 Join us in the Binge Fringe Pub for a virtual pint with Vidura Bandara Rajapaksa, bringing Monsoon Season to this coming EdFringe 2022. Over a pixelated pint, we chat everything about autobiographies, eating disorders, ups and downs and Rum Old Fashioned.

Jake: Hey Vidura, so your show Monsoon Season delves into your chaotic life – from fleeing war-ridden Sri Lanka, sex parties in Berlin, ‘voluntourism’ and more – how has it been making an autobiographical Fringe show?

Vidura: It’s come very naturally really. I feel like the standup I gravitate towards has an autobiographical tinge so it was the style I adopted from early on and have kept since.

I usually draw material from a life experience and try to make it funny, rather than the initial idea being funny in itself. That’s likely why a lot of my premises don’t seem necessarily amusing written down I think.

Jake: You also delve a little into your own personal struggles, you mention that the show covers “having an eating disorder in a starving country” – what has the reaction been to that kind of material and how has it felt for you?

Vidura: I have quite a bit of distance from it mentally, so hasn’t been particularly difficult to speak about on stage. If anything its much easier to speak about on stage than in person. My relationship with my eating is something that I’m still going through of course, but its far less intense than it used to be and I think that allows me to speak about it without too much personal risk. If anything I feel like I’m just skating over the topic and in future hours would hope to really get into it a little bit more.

As far as the reaction to it, like a lot of my material, I think my perspective is so alien/foreign to most audiences here and even back home in Sri Lanka, that they sort of just take my word for it.

Jake: What nuggets of wisdom do you have, if any, from the ups and downs you’ve had, and writing comedy about them?

Vidura: That at least for me, giving up on the prospect of relatability, and honing in on what’s inherently unrelatable about my life (there’s a violently large amount for better or for worse) is what makes me funny. And the importance of effectively painting a picture of the world through your own point of view to make an audience of random people “get” what you’re saying even if you are talking about things that are wildly unfamiliar to them.

Vidura: Getting away from “normal life” for a month more than anything else. From everything I’ve heard of it it feels like it would be akin to running away with the circus for the month, which sounds like a great time.

Vidura: Rum old fashioned – simple, to the point, and a little tropical.

You can catch Vidura Bandara Rajapaksa: Monsoon Season August 4th-14th and then again from the 17th-28th every day at 13:55. Tickets are available through the EdFringe Box Office.