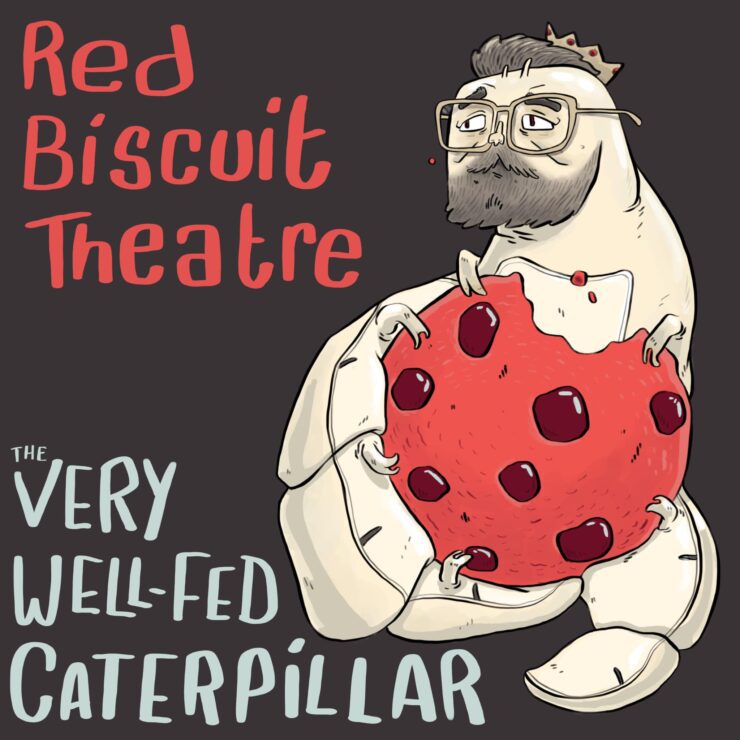 A genius combination of mime, mellow drama and physical theatre (not an element of drama I often enjoy), The Very Well-Fed Caterpillar follows the story of a tyrannical caterpillar dictator who eats all the food in the land, and the starving subject’s plot to kill him as a result.

This. Show. Is. Mad. I loved it. The five actors on stage, all of whom deserve a mention: Nathan Charles, Theodore Vaudrey, Craig Unadkat, Theo Moore and Murray Burgess display an energy and enthusiasm vital to the success of a show such as this. They are the characters. They are the set. They are the props. The show is all them, from start to finish, and it is glorious to behold.

While the caterpillar king tries to mend his ways after meeting a butterfly form a parallel world (also hilarious) the unknowing subjects plan their assassination of the king. This is basically the whole story. I don’t know about the rest of the audience, but I wasn’t in this for the narrative. From the moment it started I knew that it would be the individual performances, forth wall breaks, arguments between cast members and seemingly random moments of improv that would keep me in my seat. An elevator song, a Hells Kitchen spoof scene; this stripped back comedy gold has it all.

The Very Well-Fed Caterpillar by Red Biscuit Theatre takes place at 14:05 daily till 17th August and 20:10 daily from 19th-24th August. Tickets are available from the Fringe Box Office.