REVIEW: For All The Love You Lost, Morosophy Productions, Edinburgh Fringe 2021 ★★★☆☆ 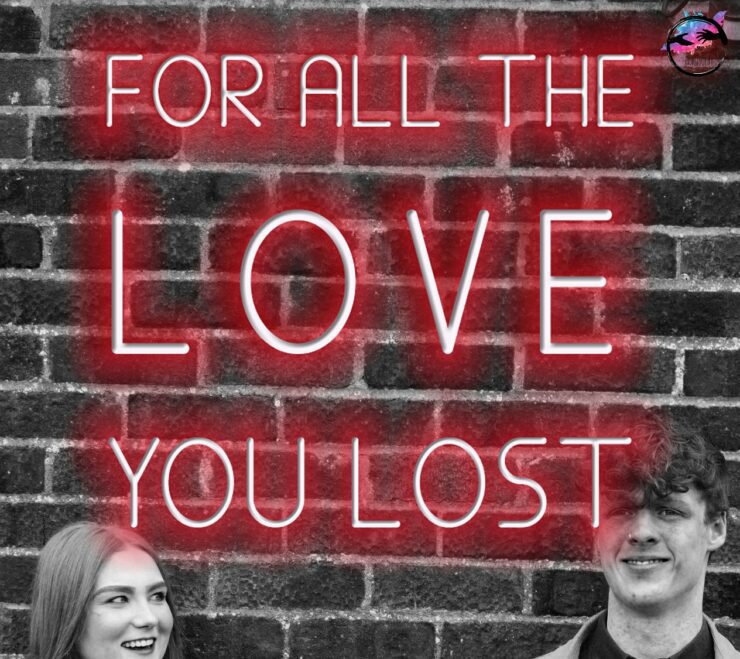 What does it mean to love? How does grief express itself? How can we forgive others, and most importantly, ourselves? For All The Love You Lost is an ensemble piece striking at the very heart of love, loss, anxiety and romance for young people in the modern world. The piece combines poetry, physical theatre and an interesting narrative centred around two people about to go on a first date.

Alex and Harriet have only ever spoken before on Bumble, a fact for which Harriet’s sister Grace is more than happy to deride her. Alex’s pal Jack is there to big him up (and call him a knob on multiple occasions) and his waiter friend has sorted him a table. Everyone seems so excited for the date, except for Alex and Harriet themselves who are both a bag of nerves.

The narrative unwinds revealing feelings of anxiety and the experience of panic attacks through some startling physical and auditory effects. The pair eventually bond over this as we learn about their tragic pasts, finding solace in each other and the power to release elements of their souls from the past.

Morosophy Productions describe the show as a blend of spoken word, epic theatre and physical theatre. I don’t know how well it succeeds in being a Brechtian epic, however the performances throughout are generally very wholesome and the show does well to put across a bittersweet atmosphere through these performances.

Particularly commendable are the two central performances. Thomas Price’s Alex is particularly good at transferring an awkward, loveable energy about him. Ellena Strestik’s Harriet is generally more stoic and philosophical, but still a very believable performance. As the couple relax into the relationship, Harriet’s composed energy gradually grips Alex in. Particularly this is notable in the closing scenes of the show as they look over the Thames at a wall previously containing a Banksy piece.

Aarron Barrow’s Jack shows a lot of great promise. His performance as the literal jack-the-lad is witty in parts and solemn in others. Some of the jokes he did on the night didn’t quite land as they should have done, but this will vary with audience. I also greatly appreciated Madeline Carter’s performance as Harriet’s sister Grace. She managed well to move the character from comedy into someone quite sweet and the audience engages well emotionally with her.

The direction of the show is very tight and well controlled. You can tell that there is intention in every movement, especially in the physical theatre section, and that Director Joshua Thomas has managed to well-execute his vision. I especially liked the use of Spoken Word, it’s significantly jarring enough to take the audience out of the story for an instant and create a contemplative moment.

Unfortunately the major stumbling block that For All The Love You Lost faces is it’s dialogue. It often comes across blocky and unnatural. The actors’ performances often felt quite stilted because of this. While the story and narrative are there, the interactions between some of the characters often felt oblique and indirect. If the aim was to evoke something similar to Brecht’s V-Effekt then I can see where it’s coming from. However, it makes little sense to do so with the story’s focus on human emotion and expression.

The show sometimes also comes off a little heavy handed, with the occasional Ranciere reference feeling a bit unnecessary. There are bags of potential here in the performances, storytelling and emotional intelligence on display. It simply feels as though Morosophy Productions need a little longer to cut their teeth to create something stunning.

For All The Love You Lost is at it’s best touching, bittersweet and heartfelt. It’s a brilliant concept with performances that keep you engaged and connected with raw emotion.

Recommended Drink: White wine, on the house of course, and delivered to save your date from awkwardness.

Catch the show at the Bevan Theatre, TheSpace @ Surgeons Hall, until August 21st. Tickets are available through the EdFringe Box Office.