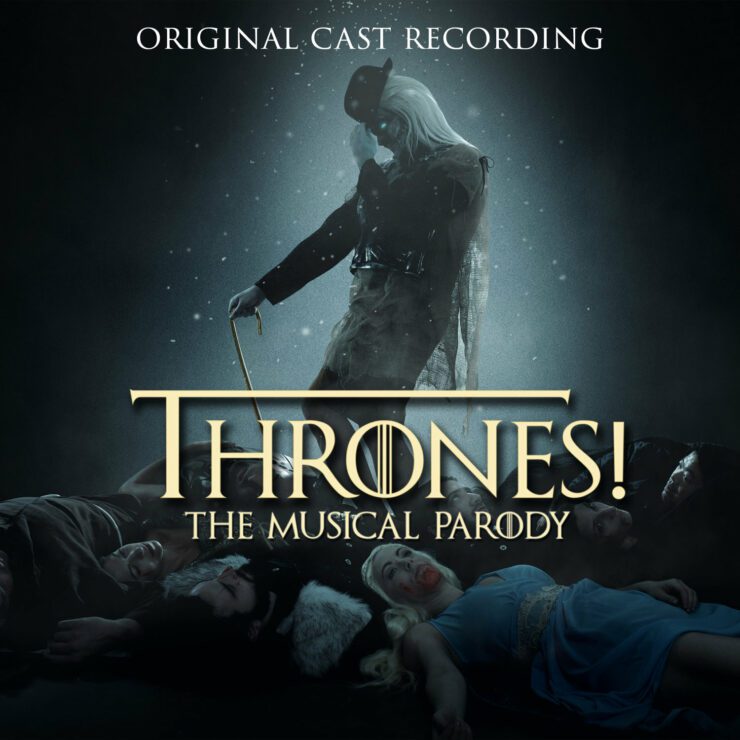 When geekdom began to bleed into mainstream culture at the turn of the millennium, the prospect of hard-earned societal validation for extending childhoods beyond their sell-by date was enough to fuel fans into a frenzy. After torturous decades of schoolyard bullying for liking anything beyond football and fucking, the bullied were moving up in the power ladder, ready to reshape the world in their image: a world where one and all love and cherish the stories like they do, where it’s sexy to like superheroes, where you won’t get beaten up for knowing the intricacies of high fantasy. And it would be a just world, for the nerds were good and wise.

Cut to the 2018 Edinburgh Fringe, where Thrones: The Musical is currently performing.

Let’s just clarify before we get cracking that bringing any show to the Edinburgh Fringe is a momentous achievement, particularly when it’s on an international tour with fuckloads of money. It is there, alongside a smattering of fun gags and sincere regret for forking out £15 for this experience, that my goodwill ends.

The perfect word to describe Thrones! is ‘normie’: a pejorative for one who subscribes to mainstream culture but does so in a bland and uninspired fashion. It is a musical laden with lowest-common-denominator jokes, such as when Donald Trump repeatedly shows up (because it’s funny), and when one of the opening songs is merely a list of character names put to music, ‘These Are All The Names You Need to Know.’ Because that’s what fandom is now. Knowing a manufactured set of criteria in order to determine your credentials as a fan.

Well, that’s what it always was. Fandom exclusivity has literally been around since the beginning, but Elliot telling Stacey that she’s not a real D&D fan is, within the grand scheme of things, less harmful than targeted isolation from popular culture. Thrones advertises itself as a satire of obsessive fandom, but this bears little resemblance to the musical itself. Its characters are caricatures, but it does not feel mocking; its songs elaborate on the characters’ extensive knowledge, yet this comes across as self-approbation as opposed to anything close to criticism.

All that Thrones! seems intent on criticising is the smarminess of book readers (the recurring “Fuck you Tom” gag, referring to resident book reader Tom, is obviously hilarious); as a smarmy book reader (could you guess?), I can never refrain from taking a pop at the show’s expense over George R.R. Martin’s saga. There are times when we must be put in place. This would be more convincing if the alternative wasn’t so unappealing: sure, fuck the book readers, jokes about Harry Potter fighting White Walkers and Trump making the Wildlings pay for The Wall are considerably more appealing. And that’s not even touching on the bizarre treatment of George R.R. Martin towards the end. It’s not that show watchers are inherently awful people, or that Game of Thrones is a terrible show. It’s that there is a greater tendency to skew toward populist, easy humour when talking about the show than there is for the books.

So, I cannot in good conscience award Thrones! A Musical Parody anything above ★★☆☆☆, the points deriving from a few good gags and a sound set. My sincerest apologies if I came across as an angry nerd in this review (which, let’s face it, I did), but it’s difficult to be positive about something which is literally just 75 minutes of references to a TV show with nothing more to say. Thrones! would not exist if it weren’t for Game of Thrones. It doesn’t offer up anything insightful (like how the books and the show have their respective merits and those fandoms should come together in love). It’s just referencing. 75 minutes of fucking references. At that point, why not just watch the show?

Or, better yet, read the books.

Thrones! The Musical Parody will run until the 26th August at 22:30pm at the Assembly George Square Theatre. Tickets are available from the Fringe Box Office.