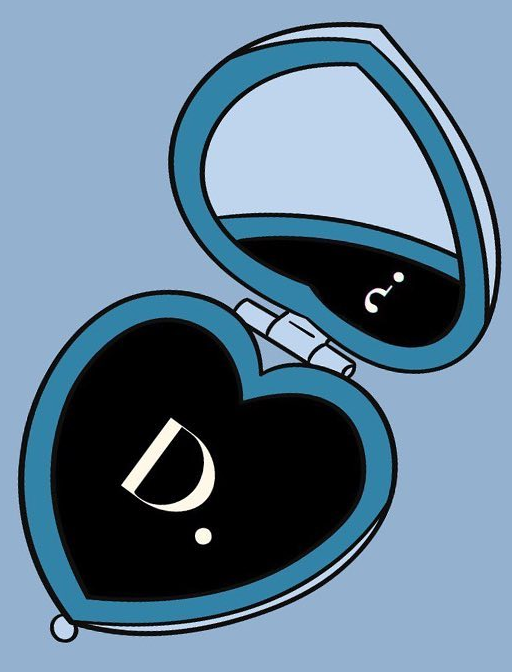 It’s never fun to write reviews like these – especially when the topic is evidently so personal to the show’s creators and they have put a very decent degree of passion into it. I want to applaud Queen Mary Theatre Company for platforming eating disorders as an issue that deserve a place as a serious issue worth discussing at the Fringe, and also applaud them for getting here with this piece. This is a review of the effectiveness of the performance which I hope discusses in detail why this piece doesn’t quite meet the mark. The Fringe is an opportunity to workshop and explore – I am glad to have seen this show and to get to critically discuss it, and it definitely is worth talking about.

D follows Daughter as she battles with a physical embodiment of her body dysmorphia and eating disorders called D. We follow Daughter over several difficult encounters with her parents, who are trying their utmost to help her overcome the issues she’s facing but lack the tools, resources and sometimes tact to handle what’s in front of her. Her Mother went through similar issues which she managed to overcome or suppress over time, and her Father just refuses to understand why she doesn’t want to eat. The piece is interspersed with sections of puppetry, physical theatre and poetry, often referencing Daughter’s fascination with butterflies, creating her own dolls and the physical oppression of a disorder, literally turning you into a ‘puppet’.

D himself manifests as a character clad head-to-toe in white clothing, with a shaven head and swagger as he lauds body dysmorphia over Daughter as if it were something sustaining his life force. The presentation and performance of D is deeply unnerving and often quite awkward to watch. I can see what was trying to be achieved here – by presenting the disorders within a human format you can anthropomorphise the internal conflicts which keep you shut inside and disaffected by your own physical appearance. Unfortunately, the whole performance feels drawn out, repetitive and unimaginative. He chastises Daughter continually, mumbling and breathily egging on her bodily dysphoria from the sides of the stage. Once you’ve seen it happen the first time, you’ve seen everything that this character is going to do for the whole play. The poetry section that D performs feels especially clunky and heavy, with very little emotional connection. You get very weary of the fact that he’s just spending the whole time rolling and squatting around the stage, not really ever being utilised to deliver any story elements, just to be there as an overly-stylistic metaphor.

This is a criticism of the play on the whole – it feels as though the performance and script lack the gravitas to handle the hefty subject matter at hand. There’s use of extremely cumbersome language like “This is what we need to abolish” and “You have poison in your glance” which is supposed to create allegory and poetry, but instead just makes you disconnect from the performance and think about how weird it all sounds coming out of a human being’s mouth. The actors spend an awful lot of time getting those words out, and you can sometimes see on your faces that they are more focused on getting to the next section than conveying a deep barrel of meaning to their characters.

The performance from the Father is especially agonising as an audience member. Continually shouting your lines loudly does not a dramatic moment make. His character is supposed to be frustrating, but it doesn’t really feel as though the script or direction have enough focus to present the arguments between Father and Mother, and Father and Daughter in any light which allows you to emotionally engage. Instead, it feels like you’ve accidentally walked in somewhere at the wrong time and are having to awkwardly watch a family as they squabble. The moments of tenderness, constrastingly, are quite strong. The performances from Daughter and Mother pull together a quite strong semblance of affection and care, and you can see that a lot of energy in rehearsal has been spent exploring that relationship. These sections are a pleasure to watch, so long as you put the clunky language to the back of your mind.

The puppetry and physical theatre sections of this piece are nigh-on superfluous, the puppetry amounting to a couple of butterflies on poles being waved around without intention and a bin bag being stuffed with paper. In terms of the physical aspects of the show, they are strongly performed, with enough sense of intention and meaning in the movement that it feels well-rehearsed. Unfortunately, I wasn’t able to extract much meaning from them and they definitely border on the realm of the cliché – especially scenes where Daughter’s hands are pulled on strings as she becomes a puppet. It feels as though this one maybe needed to stay in the University Drama Studio, as a place of inspiration for a much more all-encompassing piece that tackles the issues with more imagination.