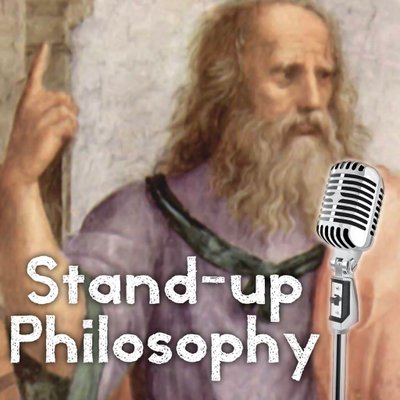 With an ever-changing line up, it’s proven quite hard to think about putting together a comprehensive review for Stand-Up Philosophy, hosted by the irreverent Alex Farrow. I went interested mainly in the concept, given that I’m a philosophy student myself, thinking I might be able to steal some funny quips for my next university seminar. Perhaps I’ll have to try and snag a ticket for Farrow’s main show, Philosophy Pig, for that however!

Farrow opens the show by easing the crowd into a concept. It’s a pretty ingenius one to be honest – three stand-up comedians deliver a set vaguely discussing a philosophical topic. Afterwards, the audience (and Farrow himself) have the opportunity to engage with the comedians in a cheeky bit of Socratic Dialogue. Basically, we get to ask them thought-provoking and deconstructive questions to challenge their ideas and statements. All good clean fun on paper!

I’ll talk briefly about my particular set, although be aware that results may vary depending on the day! After some casual banter with the audience, discussing the nature of work and a little bit on democracy, Farrow introduced Adam Flood as the first of our set. Although self-confessedly not a philosopher, Flood had done his homework. Speaking on the nature of property he included references to Marx and Locke before bringing us onto the modern challenges of home ownership, generational divides and more.

All of his jokes were very entertaining, particularly as he discusses being a begrudging home owner and how being a home owner turns you into an arsehole. His Socratic section at the end was perhaps the most revealing of the three, as the audience got to introduce some of their own philosophical reading and we all had a genuinely quite conducive conversation. Of course, some audience members took it as an opportunity to add their own quips. Farrow and Flood took this all in good humour and we had a great time together.

Our next act, Sharlin Jahan, evidently missed the memo about the set being philosophical. Instead she chose to discuss arranged marriages, trying to vaguely frame it as a philosophical debate. By chance, one audience member in her Socratic section happened to be a divorce lawyer. This added some much needed relief from Jahan’s non-stop set and allowed the conversation to be reframed in philosophical terms. We eventually got to discussing the institution of marriage and there were some divided opinions, as well as some introspection from Farrow on being a white westerner looking at the concept of arranged marriage.

Jahan needed steering in the right direction, but philosophy isn’t her core gig. Her set was otherwise mostly entertaining, if a little slipshod in delivery. Hers led neatly into Farrow’s own final ten minute section. He discussed working in a Muslim-majority school in London, introducing dialectics to his class and the cultural differences in between. He also gave us a short sprinkle about bats from his Philosophy Pig set, which got a big laugh.

All in all, Socrates would enjoy Stand-Up Philosophy. I feel that some comedians would take it as an opportunity to advertise their own sets, but that’s all semantics when there’s a solid structure to pull a creative, interesting show from each set of comedians.

Alex Farrow is at the beating heart of this concept and without him we’d perhaps be without process. But as he says himself, philosophy at it’s core is all about that process.

Catch Stand-Up Philosophy at 3pm every day until August 29th at the Laughing Horse @ The Counting House, The Ballroom. Tickets are available through the EdFringe Box Office. 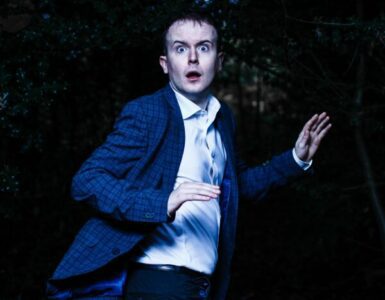 EDITORIAL: Let the ‘Love In’ at VAULT Festival