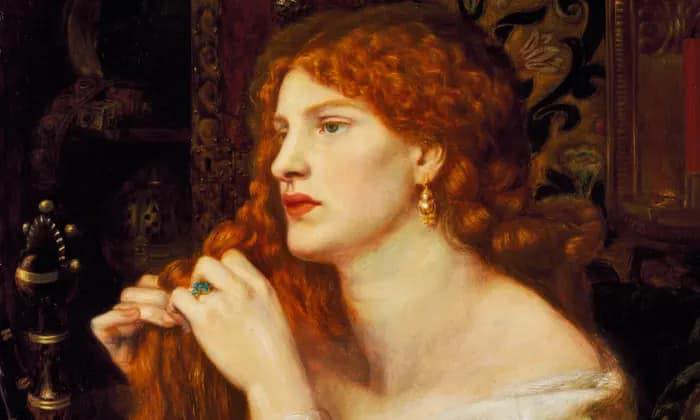 The three muses of the Raphaelite painter Dante Gabriel Rossetti join together to tell the stories of their lives, and for the most part, his own. All three eventually act as models for his work, variously scathing one another and scheming to have Rossetti for themselves. While on the whole quite entertaining, this production lacks some depth and insight. It never fully committs to a message and this is where the show struggles.

Laudanum features heavily throughout the show, the cause of Rossetti’s own eventual madness as well as his wife’s. Alongside the opiod-induced madness we’re privy to the very colourful sex life of Dante and his mistresses. His wife, the weak and unresourceful Elizabeth Siddal, is driven toward her own death by the seemingly inculpable and crafty Jane Morris. To provide some comic relief, and eventual depth, we see the prostitute and later carer Fanny Cornforth alongside the pair, there to reveal the more scandalous elements of Dante’s love life.

The performances on display are central to Rossetti’s Women. Particularly commendable is Julia Munrow’s portrayal of the aforementioned Fanny. At many points in the show she is an entertaining and quite charming character. Sarah Archer’s Jane stands as the poised and refined seductress, often moving in the shadows and acting behind Dante’s back. At the core, Emma Hopkins does well to play the whiny and insufferable Lizzie.

With the exception of Fanny’s character, the other two characters do unfortunately come across as one note. This is not the fault of the performers, who handle the script the best that they can. It’s hard to extract more emotional attachment towards Lizzie when she is so consistently fretful and fractious. Her inevitable end is a dud note in the show, as is the sudden and stark discussion of abortion brought on by Fanny in the play’s second act.

The women spend so long talking about Rossetti that it begins to feel more like three women’s portrait of a man rather than a portrait of the three women Rossetti fell for. If this was the intended effect then it was achieved, but to what end? Throughout, all of the women come across as weak and un-empowered. This is true to the time but the script does little to offer the emotional clarity and depth to truly handle this subject matter. If it was to be a feminist piece, then it was a crudely thought out one. Rather than focusing on the women being forced into a romantic structure which objectifies and dehumanises them, it focuses on the fuzzy details of their romance with a man who clearly cares little for any of them.

That could make for a good production, if done with enough sensitivity to reveal itself as such. Unfortunately here this is lacking and sometimes the actors seem as if they are more focused on getting the lines out than conveying the meaning behind them.

Recommended Drink: Anything you like, just avoid the Laudanum!

Want to find out if you disagree with my reading? Catch Rossetti’s Women at the Bevan Theatre, TheSpace @ Surgeons Hall, 12.05pm daily until August 28th. Tickets are available through the EdFringe Box Office.