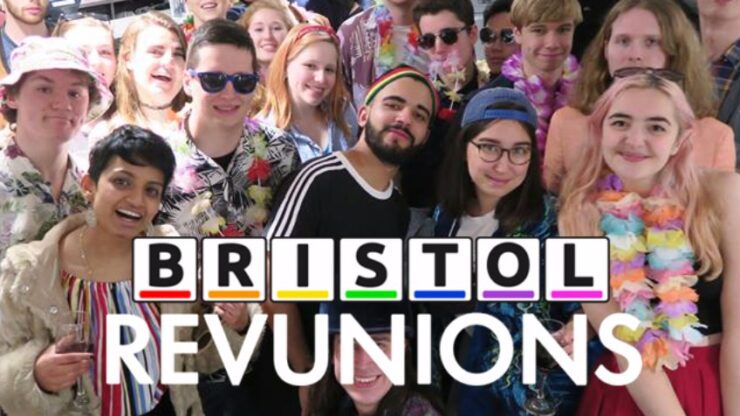 Much like with Bristol Improv, the Revunions have brought two shows to the Fringe – one free, one paid. If you’re in the mood to shell out some of your cold, hard-earned cash for student comedy, then it Party! is the show to do it for.

Framed around the cast not knowing what they’re supposed to be performing, the Revunions present a series of sketches implicitly linked through the theme of being a fish out of water, of building laughs through a room of people all in agreement on one thing only for one to be wildly, outrageously out of place (whether this was intentional or not, it works!).

A knight of King Arthur’s Round Table enters Love Island; Ian McKellen joins the Backstreet Boys (the Fellowship of the Sing, badum tish), and a member of the cabinet insists that his paintballing party is more important than diplomatic summits in Russia. Not every sketch follows the theme; my personal favourite, an all-women chat show discussing the need to break the stigma of female defecation, sticks out as delightfully brash and playful.

The cast is clearly having a lot of fun, demonstrating great comedic chemistry and some surprisingly good physicality, too. Party! is, indeed, a party, and you can head over to it at Just the Tonic at La Belle Angele, 17:00, until August 25th.