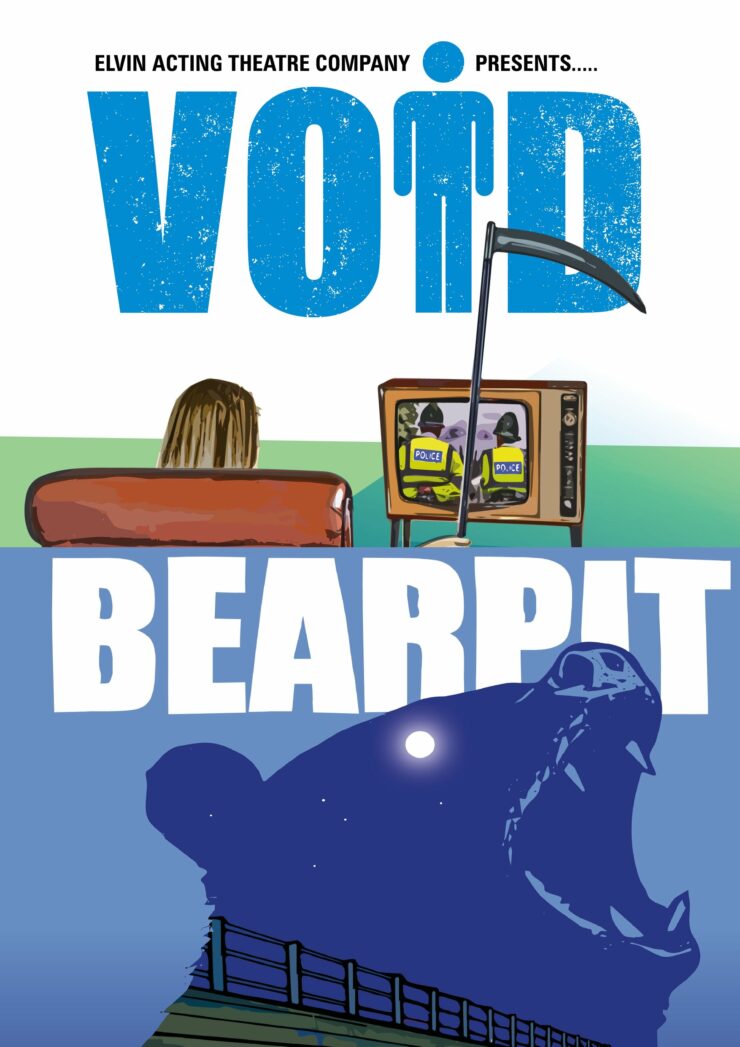 “If you’re a figment of my imagination then you could at least be on my side.”

What happens after we die?

I don’t know, but Elvin Theatre Company’s Void takes a stab at articulating the afterlife. We meet Grim, our identifying character throughout a trilogy of tales of death: two male suicides and a medium at work. Grim is the figure tasked with meeting those who have committed suicide after they’ve passed on; Charlotte Hobbs is dramatic and manipulative in the role, going to lengths to cast fresh lights on the character’s suicides. Is suicide a selfish act? What about the family they had left behind – a daughter and a mother, respectively? Is it true that one can reach a point where there’s nothing left to live for?

The rest of the cast are equally strong, evoking empathy and cynicism from the audience in equal measure. Rosie Howard’s Jeanne, the medium, is a calm and reassuring presence, too, flipping the tone from dark comedy to something sweeter and more sensitive. It’s a reminder that death can mean many things and elicits a range of contrasting, conflicting emotions.

Void’s use of multimedia lends it an intriguing dimension which marks it out from other shows at the Fringe about male mental health. A stack of three TV screens sit on stage at all times, broadcasting sequences of images which sometimes work in synchronisation with the theatre before us, but often feel inexplicable and curious. But this helps to keep the audience on their toes and thinking about the material from alternative angles; fundamentally, Void is interpretive theatre. The screens also work to clearly expand the narrative before us, showing the world from the eyes of now-dead men: we see the reaction of the mother discovering her dead son, a dog sniffing the corpse, and so forth. New approaches to theatre and the visual articulation of drama are always very much appreciated at the Fringe.

You can catch the final performance of Void today, August 13th, at PQA Venues @ Riddle Court at 13:30.