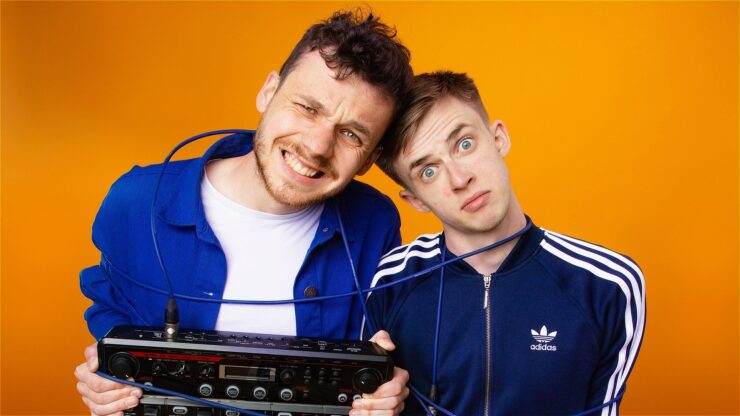 Allow me to introduce you to the idea of beatboxing and comedy combined by two men on stage for an hour. Doesn’t sound like your sort of thing? Perhaps you think that the idea of those two things being combined is a terrible idea and wouldn’t be worth seeing. I thought that too. Until I saw it. Please forgive me Daniel and James, you were mind-blowing.

2 Mouthed Men present a series of comedy sketches all of which revolve around a beatboxing element: a doctor performing a check up on an audience member, two friends singing in a car, a drawn out game of pass the parcel ect. All these things when written down seem fairly menial, but to witness the pair throw themselves into everything they do with maximum energy and vigour is such a privilege to behold. I feel like I’m watching two mates having a great time. I think that was their aim, and ultimately, it is the greatest charm of this show. I would also like to mention the quality of the lighting design. Whoever was responsible for that should have a medal, it was seriously slick and well put together.

Every sketch, including an unexpected interruption from their manager Harry as part of a transition between two sketches filled the room with raucous laughter. Everyone was enjoying themselves and even in the not so humorous moments (all of which were intentional I suspect) I was blown away at the musical talent these men have. The standard of beatboxing from the duo is above and beyond any I have seen on stage, or indeed anywhere else. While one man is acting, the other is creating the sound effects for every moment of the scene, bringing the scene to life in a way I had not predicted. I would also like to give an honourable mention to their song ‘I want to be five years old again’ which had me bent over with laughter but also seriously impressed at the standard of the performance as a whole.

There’s very little else I can say about this show other than it is simply fantastic. I enjoyed every moment, and it’s very easy for me to say that the 2 mouthed men are the best at what they do.

The 2 Mouthed Men Show takes place daily at 19:20 until 17th August. Tickets can be purchased through the Fringe Box Office.