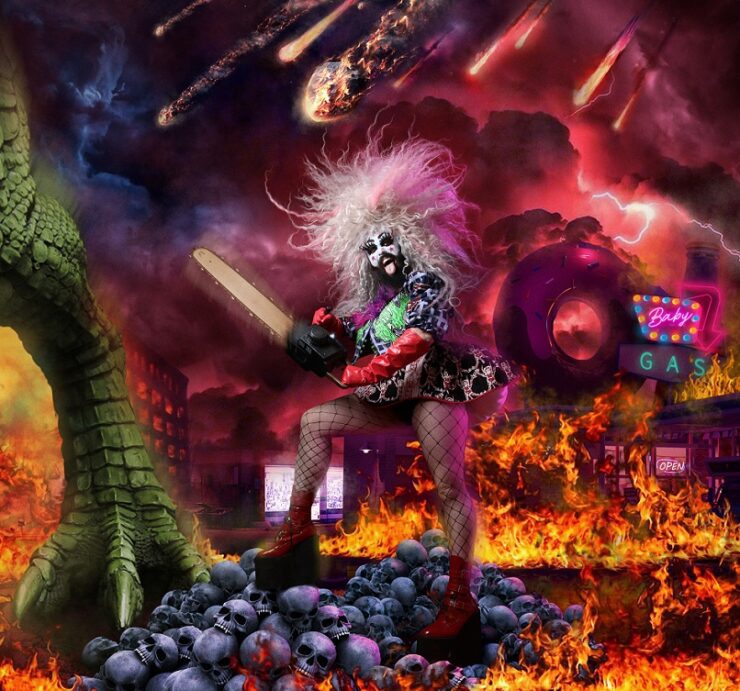 Be prepared – if you walk into Final Baby Girl! you will become a co-star in her madcap horror film. Baby Lame welcomes you (yes, every one of you) into the venue with a hug, before your danced and dazzled your way to your seat as Whitney Houston’s ‘How Will I Know’ plays. This is the story of Baby Lame’s rise to Hollywood (video) stardom, through the medium of a set of dates/hook-ups with horror movie villains ranging from Freddie Kreuger to Count Dracula, in which we are all invited (with consequences if you don’t comply) to join our heroine on stage as she tried to find the right man to kill her. Will her death be everything she hopes it will? Or is this just another fantasy gone wrong?

For the uninitiated, a Final Girl is the last woman alive to confront the killer in a horror movie. Baby is on a quest, of course, to become the Final Baby Girl, as she traverses through horror tropes, downright outrageous audience participation and a couple of showtunes along the way. She roleplays her fantasy of being the last girl alive with all kinds of potential killers, whom she meets on the Slayr app, and all are out for her blood. Memorable scenes include when audience are invited on stage to handle bat puppets, which they must use to “kill” Baby Lame, although the killing happens to also look unusually similar to a cold hard fuck. We of course finally reach the point where Baby is being chased around the stage by a killer fisherman, played again by the audience, wielding a trout in hand.

You are absolutely welcomed and immersed in Baby’s fantasyland for the full hour you spend with her. She makes it evident from the moment you step into the room that you’re in her living room, for an hour of chaos and capers into the horror genre. The piece shines when she has the chance to wave her hand and control audience members as if they were her, sometimes disobliging, puppets. Baby Lame is a master maestro, conducting the audience in a rowdy, kinky, orgy-like orchestra. She glides and scuttles around the room for the hour, wreaking havoc as she goes and the whole thing is just a fucking joy to be a part of. There’s never a moment where you know what’s coming next, but you’re so happy to be along for the ride. Some audience members become recurring characters, such as Baby Lame’s Final Girl sensei Bonnie, who is dragged up so many times he deserves a performing credit. All of the chaos is controlled to link you back to the chaotic storyline of Baby finding her place as a Final Girl, not a moment wasted.

The show probably reaches it’s peak when Baby takes us around the campfire to tell spooky stories, as she throws a blanket right in an audience member’s face and tells them to “get in the tent and start fucking”, you see immediately that we are all under her spell. Like a GCSE drama teacher on acid, she commands the back row to stand up as trees swaying in the wind, and gets audience members to play High School Jocks and Bitches before they are brutally murdered. It’s a gory, silly mess but Baby is right in her element. This is pure queer interactive entertainment, matched with unrivalled energy levels, silly costumes and multimedia content which has superbly high production quality. You won’t want to miss an hour with Baby, even if it’s her last (cue synthwave 80s music). Kickass, ballsy and downright hectic, you can’t miss it.

Recommended Drink: Final Baby Girl! is a bowl of Halloween Party Punch, with a touch of LSD and all the spooky trimmings.

Catch Final Baby Girl! at The Flick, Assembly George Square Studios Underground, at 19:00 until August 28th (not the 22nd). Tickets are available through the EdFringe Box Office. 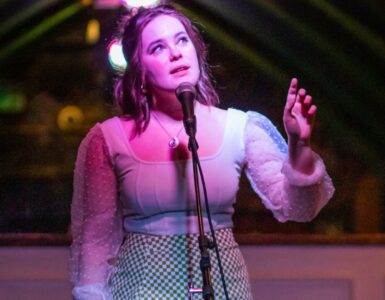 Today we’re joined by Jas Nisic, for a virtual pint to discuss her upcoming show We Need To Talk, a Jazz Cabaret, landing at VAULT Festival at the end of January. Nisic’s show will explore the journey of a...