A Digital Pint with… Sian Davies, Putting on More Than Just a Class Act at EdFringe 2022 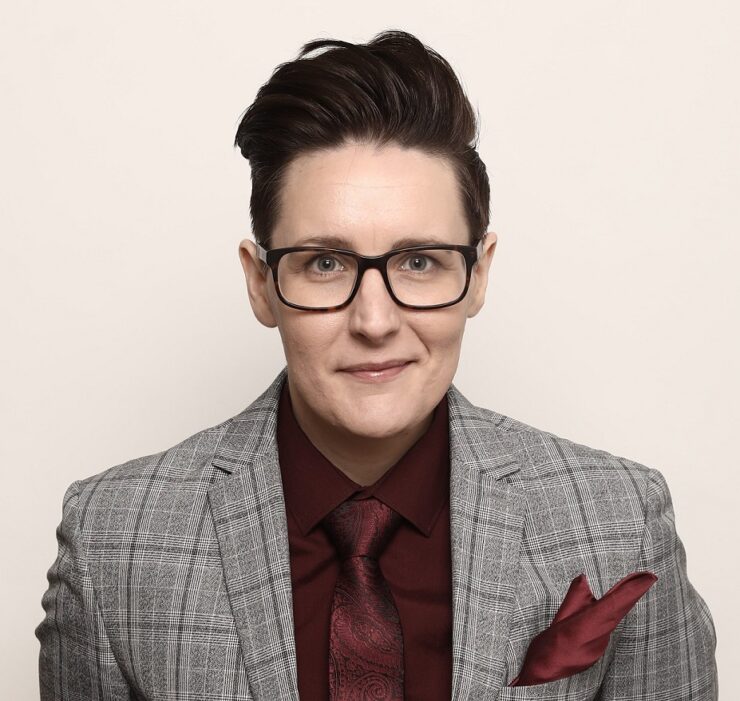 The lens of class is becoming relevant again in Britain – with strikes in many industries recurring and the themes of class consciousness in the face of avdersity rearing their head against the Cost of Living Crisis. It’s apt that this summer will also see the return of Best in Class to the Fringe – a show designed to elevate the voices of working class comedians in face of an ever-spiralling commercialisation of our festival. We sat down for a pixelated pint with Sian Davies, who put the idea together back in 2018, to talk class analysis, crowdfunding, comedy and inequality. It’a a smashing interview with an empowering sense that our industry disruptors are ready to fight for their place on the stage.

Jake: So tell me about the idea to put together a showcase of working class comedians – it’s an empowering vision, where did it come from and what are you hoping the audience will feel coming in?

Sian: It came out of necessity really. In 2018 I was asked to audition for a spot on a well known showcase at the Fringe. I was told if I was successful I would have to pay £1800 by the end of the week to secure my place. My friend set up a crowdfunding page to help me out. Within an hour of that page going live I received a phone call dropping me from the audition. They told me I’d lied about my financial position and that perhaps this sort of thing wasn’t for me. I was gutted. Then I was angry. Not just for me, but for the other working class comics who were being held back by the huge financial outlay of performing at the fringe. So I put together a showcase of working class comics, we crowdfunded the fees and worked together to make a show. It has grown significantly since then, we have a loyal audience who love seeing such a wide variety of talent. It’s also acted as a springboard for a lot of acts, helping them to make connections and plan future work.

We get a mixed audience, some are working class themselves and come because they can finally see some representation of their experiences. Some come along thinking that Working Class is a genre of comedy, they soon have their views changed by the variety of the acts we have. Just because someone is working class doesn’t mean they can’t do sketch or whimsy, we aren’t all Les Dawson! Some audience members are just there for a great show and that’s what they get. Any misconceptions or confusion about Best in Class is cleared up by the talent on display.

Jake: Who should we be looking out for in this year’s line up? Give us an idea of what punters can expect!

Sian: We have an amazing line up this year, the acts all rotate so there are two acts and an MC on each show. We’ve got John Meagher who came second in Leicester Mercury comedian of the year and is currently supporting Patrick Kielty on tour. Anna Thomas, BBC New Comedian of the year winner who has such a unique style of daftness audiences can’t help but love her. Acts like Jed Salisbury and Lovdev Barpaga who are regularly tearing up the comedy circuit. Tamsyn Kelly who as well as supporting Kiri Pritchard McClean on tour has various scripted projects in development with UK channels.

We’ve also got Micah Hall, Molly McGuinness and Sapphire McIntosh who might not have as many accolades, but have a real raw talent that got them into the line up over the 100+ other applications. It’s so exciting to catch acts when they are at this stage and watch them develop each year.

Jake: How has the response been from those who have come to see the showcase?

Sian: Overwhelming. People love it. We see that in the feedback we get in person and online, the donations we receive and the audience members who come back show after show to try and catch the full line up. In 2019 we sold out everyday and had to turn people away, this year we have upgraded to a bigger room but sales are already flying. People can’t get enough of Best in Class and that is what motivates us to keep doing what we do!

Jake: How do you feel that comedy through the lens of class helps us understand inequalities in the entertainment industry?

Sian: When you look at how the industry works it is fairly obvious that the odds are stacked against working class acts. Edinburgh Fringe is the world’s biggest arts festival, it’s also where agents sign acts, TV shows get commissioned and the industry does a huge amount of schmoozing and networking. If you don’t go to the fringe, you are excluded from that. It costs £5-10k so take a solo show up, when your day job is in a supermarket and you don’t have a trust fund, that is completely unobtainable. The system is entirely unfair, it is broken. Best in Class isn’t the answer, it’s just a sticking plaster really.

Jake: Tell us a little bit about your solo show, ‘About Time’, what can we expect to hear?

Sian: About Time is about time, about growing up and about finding your place in the world. It’s a classic coming of age tale about a year in my life full of chaos, travel and trouble. It touches on class, family and lots of aspects of growing up, particularly the complexity of mother daughter relationships. I’ve been working on this show for what seems like forever and I just can’t wait to perform it everyday at the fringe. I believe a debut solo hour should be a statement, an announcement to the industry that you have arrived and this is what you are capable of. That has always been the aim and I hope that is the show I have.

Sian: I’m excited to just get up there and potter about. I love the whole atmosphere of bumping into friends, passing people at the same point every day on the way to shows, hanging out, eating and laughing. I have missed it so much and honestly just can’t wait to get stuck in.

This year we received a Fringe Recovery grant and set up an accommodation bursary to support even more working class acts. Any act performing for the full run can apply for a £500 bursary to help with their costs. Unfortunately, we have had more applications than money so we are trying to raise more funds through crowdfunding to support as many acts as we can. Any donations at all will help – you can visit: https://www.gofundme.com/f/best-in-class-house-of-class

You can catch Best in Class every day between August 4th and 28th at 20:45, in the Laughing Horse @ The Counting House – The Lounge. Tickets are available through the EdFringe Box Office.