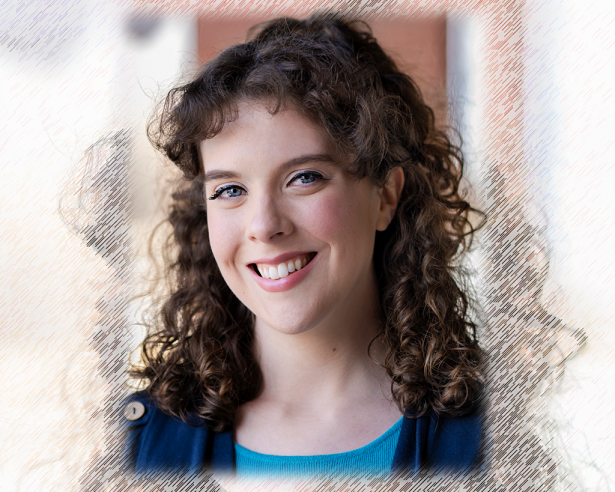 Take a saunter into the Binge Fringe Virtual Pub for a brand new interview with a brand new EdFringe performer! Joining us for a family friendly afternoon pixelated pint is Gabriella Giocomo, one of the theatre brains behind new family comedy Locked In at EdFringe this August. Tickets are available through the EdFringe Box Office.

Jake: I wanted to ask about the themes of the show and how you found the comedy in them. With Locked In, you’re taking on the themes of age, a generation gap, a retirement home. How does that all fit in with comedy for you?

Gabriella: I started writing the first iteration of this play when I was a teenager. For a while my mother was working as a caregiver for seniors. She had this very sweet guy, Joe, who she was taking care of. She would come home and have stories about her day when she was on this job. I also had visited my great aunt at a senior care facility, a residential care home, I think you guys call it.

And it was sort of subpar. It was a little depressing. They moved her, fortunately. And there are definitely places out there that are better. But just to see that environment and the huge transition that somebody can go through all of a sudden at that point in their life where you have to be living in a different circumstance, and then the idea of the younger generations coming to that place and socializing with that relative, but in that environment where they don’t really fit, they don’t really belong, that sort of set off the thought process.

Jake: How do you think kind of working with developing the show, working with the actors, how have you found that they’ve handled the subject matter? Has there been a bit of personal kind of stuff that’s come into it?

Gabriella: We’re now just about to start rehearsing. We’ve just spoken to each other, but funny enough, we have Robert Tovey is one of the performers, and he’s coming up from England to do it. It’ll be his first time at the festival and he actually had a long career in social care. And that was just a coincidence!

He’s always done a lot of community theatre. Now at this point in his life, he’s making a transition and doing more acting and focusing on that. I know his perspective is going to be interesting because he’s really familiar with that environment.

Jake: So you’re kind of gearing the show… towards not necessarily always families, but it’s definitely family friendly. You also say the show will be great for theatre lovers. What can the audience expect and how have you found developing it that way?

Gabriella: My favourite pieces of theatre are most often things that an entire family could go and see and enjoy together, and everybody gets something different out of it. I was raised on musical theatre, sort of nerdery. But also I’m buoyed by seeing the success of groups like Mischief and that kind of material where it doesn’t really have a particular age group that would be interested in it. And with this show, it mattered a lot to me that because they’re being discussed that it would be something that older people would be interested in and enjoy. And also the style that I happen to write in the most often is family comedy.

That’s such a cool thing about the festival. And so I wanted to be one of the shows, one of the people who brings material that is really accessible for if you have Grandma with you, or if you have your child with you. The line I’ve been using is, as long as your child knows where babies come from, whatever that age is, will work fabulous.

Jake: So I was just combing through your material. So you’ve got a bonus sketch, which pokes fun at pseudo-intellectuals. So what can you tell me about that? It’s an interesting addition.

Gabriella: I do! I had written this sketch in lockdown, and I decided because one of my reasons for coming to the festival is to showcase myself as a writer and hopefully sort of springboard from that. I was thinking, well, stand up comedians have a support act often, and I really like sketch performance. So I’m going to put this at the beginning, and it’ll be sort of like a support act. But for a piece of theatre. I’m not sure if that’s an idea that’s going to fly or not. It’s sort of a risk. But it’s a lot of fun.

I was on one of my YouTube spirals during the height of the pandemic, just sitting in my room in front of my laptop all day. I got a really into watching, and looking into as much as I could, about the revival of 12th Night with Stephen Fry and Mark Rylance, I think, multiple times where Stephen Fry was talking about this sort of gentleman’s debate that he has ongoing with Mark Rylance. Because Mark Rylance doesn’t believe that William Shakespeare wrote all of those plays.

I think he’s in the Christopher Marlowe camp. So they would talk about this. And I had the idea, okay, let’s make a performance with that argument, but with less intelligent people. And it went from ther! It’s well-meaning guys showing up at this library event and trying to bring up these points, but it just gets very goofy and fun and sort of jabs at people who don’t know very much about a subject but talk about it anyway.

Jake: So tell me a little bit about your relationship to Edinburgh and the Fringe. Have you been before? Have you performed before? And what are you excited for about it?

Gabriella: Yeah. This will be my very first time, not only at the Fringe, but out of America. I’ve never watched it. I’ve just been daydreaming about it for a while. That was the quarantine thing as well, where I started getting into just watching those videos where people just take a walk somewhere and film that with a GoPro. And I was looking into Edinburgh. And the more I saw, the more I thought I think this is a good place to bring this material and to sort of put myself on that international stage for a month.

It’s my first time ever, I’m really excited just to be there and to do our show. But I’m also really excited to see other people’s material. And being American and being a fan of a lot of British comics who don’t either never come over here or very rarely come over here, I’m excited to see, like Mark Watson, Tim Key. I’m excited to see Mischief live, that kind of thing. And also just everybody I’ve been seeing who’s in my camp, who’s coming for the first time or bringing new material. So I guess I’m excited about all of it!

Jake: So I did ask you to prepare a little something to fit with the theme of our magazine – so if your show was an alcoholic beverage, where would you go with that?

I’ve been thinking about it and I think I would say our show is like a really familiar brand of beer. Like you saw your great uncle drinking it, and your dad drinks it, and now you do too but you’ve sprinkled something fresh in there. You’ve put like a sprig of Mint, or I don’t know if that goes with beer, or you’ve added a dash of something that means you still have that coziness and familiarity but it feels new to you.

INTERVIEW: A Digital Pint with… Carol Murphy, bringing a Vigilante Cannibal Nun to VAULT Festival in ‘The Body & Blood’