Last week Paris Fringe 2020 came to an end. Shows from across the world intrepidly embarked on a journey of translating their stage performances into a new online format and for the first time brought theatre to an international audience from the comfort of their own living rooms.

There were audacious experiments like Improbotics Online which slotted improvisers across time zones into scenes against green screen backdrops and pitched them against Artificial Intelligence. Some performers such as Anita Luna in The Diva, DeadPoet in 55 and the cast of Trying adapted their shows to fit quarantine conditions and performed a new version of their shows live on air.

These scenes will be truly unforgettable for viewers having their first online Fringe experience. The festival was billed as experimental and a step into the unknown and of course didn’t come without it’s challenges. Viewers of some performances containing adult content unfortunately saw automatic censorship from YouTube take the livestream down. This caused a temporary hiatus for the festival which was eventually resolved by uploading some performances as videos rather than live streams. The disparities between Fringe performances and usual online content have truly been highlighted. This festival however remained true to its Fringe roots in a world of online content that seems increasingly commercialised.

We spoke with Paris Fringe Artistic Director Anton Bonnici who told us “Online is a good opportunity for companies/artists to stretch their creativity and reach new audiences, spread the word of their existence so to speak.” While praising the platform he also signified inadequacies in the available online media platforms. “The current platforms are definitely not equipped for theatre and it would be great if theatre had its own platform – both for security reasons but also for creative reasons, especially to improve audience interaction without having to limit the way things are presented.”

Numbers provided to us by the Paris Fringe suggest that over 3400 people visited their official YouTube channel across the festival’s duration, providing over 400 viewers for live shows averaging around 50 audience members per performance. Bonnici continued to say “I missed the real life festival atmosphere a lot and meeting all these great artists in person would have been so much nicer! The community building aspect pales in comparison. It’s true that everyone would have had a smaller audience.”

This year’s audience choice award was handed to Shame by Aida Llukaj while other awards included Best New Writing given to Etched Glass Decanter by Evening Crane Theatre. Commenting on the success of this year’s experiment, Bonnici concluded “With the online festival we got to experiment more with our selection and take bigger risks (though the technical issues did end up disappointing some companies). Maybe moving forwards we’ll be able to keep both!”

Perhaps next year we will see another innovative format choice in Paris Fringe 2021. 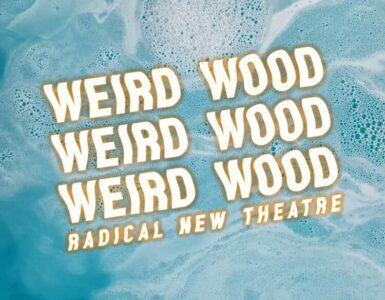 Queer Cabaret Artist Aidan Sadler has announced that they intend to create an equal stakes collective that tackles the beasts of under-representation and accessibility at the Fringe. For too long, and all the more... 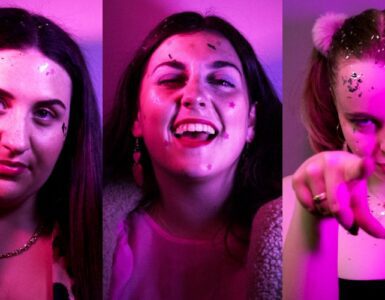 Emerging artists identifying as women are showcasing their work in a week-long buffet of artistry handpicked by Edinburgh-based theatre company F-Bomb Theatre. The six pieces were shortlisted from an open call-out by... 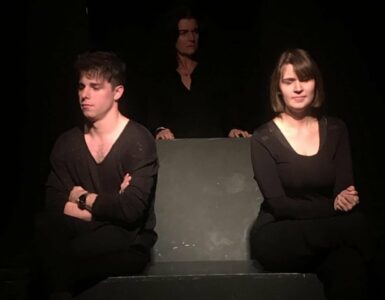 Trying is the odyssey of Annina Claesson’s Sinead and Ivan du Pontavice’s Ronan’s attempts at trying to get pregnant. We follow their journey over several months as they are resisted by medical...