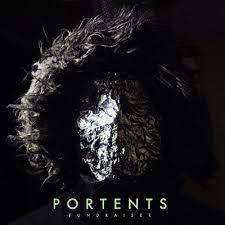 After an evocative and atmospheric opening, the play settles into a set-up of the three performers (Ross Hunter, Ben Kulvichit and Clara Potter-Sweet) stood on stage with music sheet stands speaking out to the audience. United in their convictions and predicaments but, at the same time, entirely isolated. The cast are anonymous: (mostly) physically static, members of an internet forum devoted to conspiracy theories: Paul McCartney has been dead for 51 years, Avril Lavigne since 2002, the government is controlling us, that kind of thing.

While the stated aim is to explore how we turn to conspiracies to make sense of the chaos of life – a hypothesis I agree with – the outcome of the play feels more disjointed than this, and I was often left wondering how scenes and monologues linked together. I’m still wondering. Who was the astronaut at the beginning? Why do the characters wrap their heads in tinfoil and throw away their scripts? Are they abandoning the scripts of their life, immersing sight, sound and smell in literal tinfoil hats? Are they locked within the recesses of their own mind this way, and is this something to be celebrated as the closing moments suggest? What was with the chat show?

I honestly don’t know. But, for some reason, I don’t really count it against the production. The actors are all strong, and the stylized mixture of sound and light to play with the stage keeps the show interesting and visually stunning. It’s esoteric, it’s celestial, and, as Edinburgh Fringe shows go, why this sky’s Portents is unequivocally interesting – and, just to reiterate, weird. But it’s the kind of weird that keeps you thinking, on your toes, and the kind of weird I think you need to check out for yourself.

Portents is performing at the Bedlam Theatre, 15:30, until August 15th.